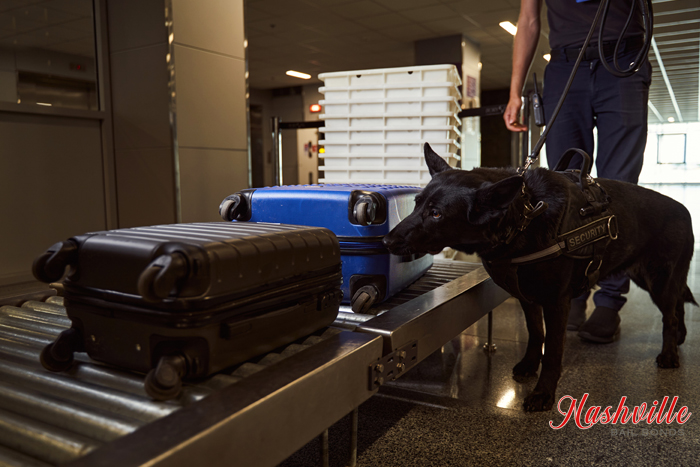 03 Sep How to Get Into Trouble With Airport Security

Even though everyone should know that the individuals who work in airport security don’t appreciate a sense of humor, we’re still being bombarded by news stories about people who simply couldn’t behave themselves either at the airport or on the plane and found themselves on the wrong side of airport security.

You don’t want your name attached to any of these stories so if you’re future plans include flying, it’s a good idea to take some time and review the things that could get you into trouble with airport security.

Joking With Airport Security
Oddly enough, the thing that seems to land the most people in hot water with airport security is joking around. Some people simply can’t stop themselves from saying things that might be funny to most people. The problem is that while the security person you’re talking to might have a sense of humor, their training makes it impossible to play along. Saying the wrong thing, such as commenting about a bomb or having weapons, will result in you getting detained.

It’s in your best interest to keep your jokes to yourself until you’re far from the airport.

Failing to Double Check the Protocols for Flying with Liquids

One of the biggest headaches most people run into is forgetting the rules regarding liquids and tucking something such as mouthwash or a bottle of water into their carry-on bag that doesn’t meet airport regulations.

The good news is that the airport isn’t telling you that you have to leave all of your liquids behind. You can still bring them with you, but if there are in a container that’s bigger than 3.4 ounces and in a resealable bag, they can’t be in your carry-on luggage. It’s important to note, that the size of the container is important. It doesn’t matter if you’re only transporting an ounce of liquid, if it’s in a full-size container, you must stow it in your checked luggage.

If you do forget and tuck something in your carry-on that doesn’t meet the airport’s requirements for liquid on flights, pay careful attention to how the security team tells you to dispose of the container and follow their instructions to the letter. Don’t get belligerent or obnoxious, simply do what you’re told.

Carrying a Large Amount of Cash

Perhaps one of the strangest things that can get you in trouble with airport security is having a large quantity of cash on you when you enter the airport. The good news is that airport security won’t stop you from flying simply because you have a lot of cash tucked into your pockets, but you should be prepared to answer questions about why you’re using so much cash rather than relying on debit/credit cards while you travel. The existence of the cash will also usually get you flagged for additional security tests so be prepared for the check-in process to take longer than it would if you didn’t have a large amount of cash on you.

Honestly, the biggest thing that gets people into trouble with airport security is their own attitude. The problem is that traveling is already a stressful process and it doesn’t take much to bring out the worst aspects of our personalities. As a result, we can get short-tempered when the airport staff asks us questions that seem too personal or irrelevant. The problem is that the worse your temper gets, the more likely it becomes that airport security will get involved and detain you.

When you’re flying, it’s in your best interest to take several deep breaths and remain as calm as possible.

The good news is that provided you follow the rules, give yourself plenty of time, and are on your best behavior, you shouldn’t have any trouble with airport security the next time you fly.